The Gallipolis Hocking Valley Railroad Freight Station, 918 Third Avenue, was built in 1901. The station remained a bustling freight depot for the area through the ownership of the Chesapeake and Ohio Railway as well as the Baltimore and Ohio and the Chessie System. The station was closed by CSX in late 1981. In the years that followed, ownership passed to the O.O. McIntyre Park District and the City of Gallipolis. In 2015, a group of concerned residents organized by Dallas (Jim) Love became involved in efforts to save the deteriorating 26’ x 80′ station.

By 2016, the Gallipolis R.R. Freight Stations Museum, LLC was formed. By laws were written, officers, and directors were elected. A 501c3 status was granted by the IRS. During late summer of 2016, the city deeded the station to the museum board. 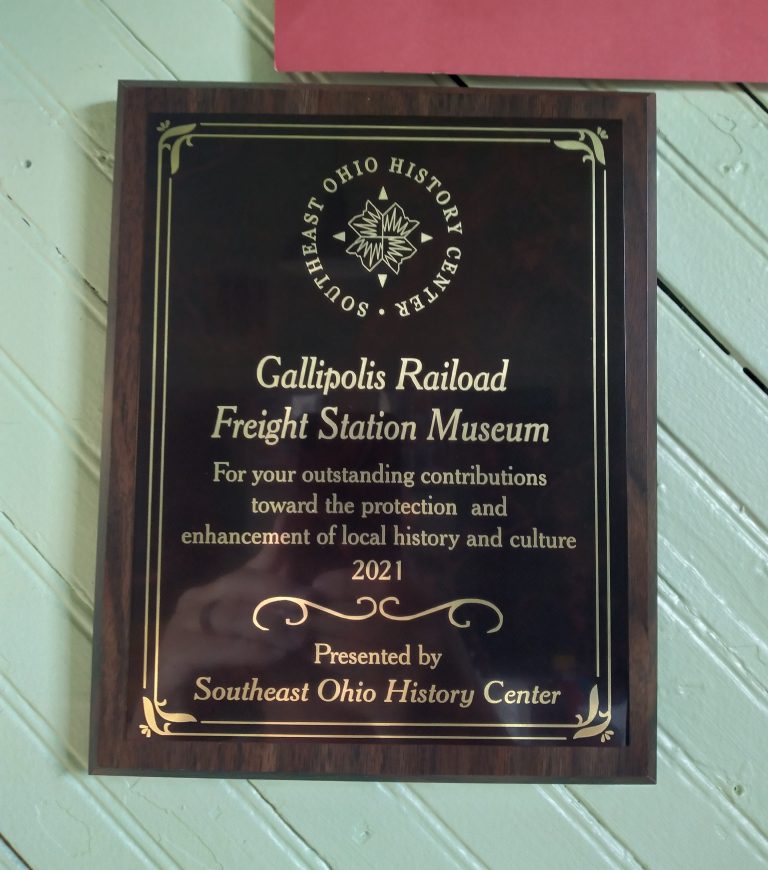 We got all there star brick installed inside the freight room the last week in June 2021. Thank You Stepping Stone Creations for the great job.